Being a servant leader for your SAP Implementation

Throughout my career I have had the opportunity to serve many clients with their SAP Implementations. During the past 20+ years I have experienced a lot of different organizational cultures and leadership styles. Some Program cultures I have experienced have been very controlling, almost dictatorial on how they approached their implementations and how they treated their employees. Others have had a culture of near indifference; the leadership pushed the organization’s agenda for their implementation but their resources were just weren’t that engaged.

As you can imagine, the implementation results with these types of cultures were “okay”—I mean they eventually got things done (unfortunately most with delays and budget challenges) but they weren’t great implementations. They just didn’t “gel”. People worked together only because they had to. There wasn’t a lot of teamwork. Meetings were pretty volatile, baked with hidden agendas and politics that just disrupted the flow and the desire to actually accomplish something for the good of the organization. In other words, they were fairly dysfunctional implementations.

I bring these up because I wanted to share one of my more recent experiences at a client and the different “vibe” I felt on that engagement. At this client people were very professional, engaged, and respectful of each other. Even under the greatest stresses everyone remained very calm, polite, and respectful and focused on what was best for the program and the organization.

I have to be honest with you, I was kind of blown away. As a 3rd party to this organization it was wonderful to experience how this company and its employees worked together. After a few months there was a posting on their corporate website for an invitation to hear this speaker James Hunter. At the time I had never heard of him or his book, “The Servant”. I had the opportunity to hear his presentation and the support that the CEO of this company gave to this brand of culture to his organization. After watching this presentation I began to understand why this organization was the way it was and why this was one of the better (if not the best) SAP implementations in which I had the pleasure to work.

Then, maybe in first or second grade Sunday school you learn another really tough concept:

I know these are basic principles to live by and we intellectually understand them all. However, do we apply them? Have we taken these principles and made them part of our everyday being? Have they become habits in how we work with our colleagues?

According to a recent Gallop pole, 54% of the US workforce is not engaged in their work (meaning they lack motivation and are less likely to invest their discretionary effort in the organizations goals or outcomes). Another 18% of the US Workforce is completely dis-engaged with their work (meaning they are unhappy, unproductive, and liable to spread negativity to their co-workers).

Similarly, if you look at the younger workforce (millennials +) 70% of them who have left their jobs did not leave because of the company, they left because of their boss.

These are leading indicators of unhappiness in the workforce and organizational/implementation dysfunction– and it all starts with leadership. Maybe we are not being all we can be.

What does it mean to be a Servant Leader?

Mr. Hunter went on to explain his components to being a servant leader. Again pretty basic stuff, but are all pretty useless unless you put them into practice and make them part of your DNA.

Practice: You hear the saying, “(s)he’s a born leader”. That’s just simply not true. You’re not born with leadership skills, you learn them. Not only do you have to learn them, you have to practice them. Do you think that LeBron James read a book on Magic Johnson and “poof” he was able to be an elite basketball player? No, he had to practice until the skills he practiced became his habits and he executed on instinct.

Similarly, just because you are really good at something does not make you a great leader. For example, how many folks have you worked with who were excellent at configuration or were development monsters but could not lead a team? Just because you can do the job well does NOT mean you can inspire other people to do the job well. That is a completely different skill.

You have to practice these skills. In order to make this happen, you have to turn your leadership lessons into action and then turn your actions into habits. After a while, those habits turn into your character and your character becomes your destiny.

Influence: A good leader tries not to rely on their “power” over an individual or situation. Using your power to force or coerce people into performing will work in the short-term but you will lose your people in the long run (remember the Gallop pole numbers we discussed above?).

Instead you want to use your influence to inspire people to be the best they can be at what they do. Think of some of the great leaders in the past half century: Gandhi, Martin Luther King Jr., Nelson Mandela, and Mother Theresa. Did any of these individuals have any institutional power? No, but their influence over millions was incredible.

So how did these individuals get to their levels of leadership? How were they able to influence so many. By loving and serving others.

Serving Others: Now the idea of serving others has been around for a while—about 2000 years. For you Bible fans out there, check out Mark 10: 42-45. There it talks about Jesus being a servant leader.

A servant leader leads by serving others. They extend themselves for the good of another or the greater good—a purpose bigger than themselves.

So how does one start serving others? Well again, it all starts with some basic principles:

These are the actions of leaders who serve others.

Coaching: Coaching others is a huge component of being a servant leader. As we have been discussing you want to inspire people to greatness. You want to hold people accountable. You want to say what you are going to do and do it.

Mr. Hunter describes what he calls the “3 F’s” for coaching those you lead:

Sometimes a person just cannot cut it and you owe it to that person and to your team to remove them from a situation where they just have not demonstrated they can be successful.

This is one of the hardest things to do as a leader. But it’s your job to field the best team you can field and you owe it to your teammates who you have inspired to achieve excellence before you start losing that excellence.

In the words of the great Vince Lombardi:

Being a Servant Leader for your SAP Implementation

So after this presentation I began to observe the leaders on the program and how they had built the habits of patience, kindness, respect, appreciated, commitment, accountability, active listening, coaching, selflessness, etc. And then I saw how their teams performed—how engaged they were, how they worked hand-in-hand to deliver excellence, how they respected one another even in times of significant conflict. It was great to watch and great lesson that I will always cherish. 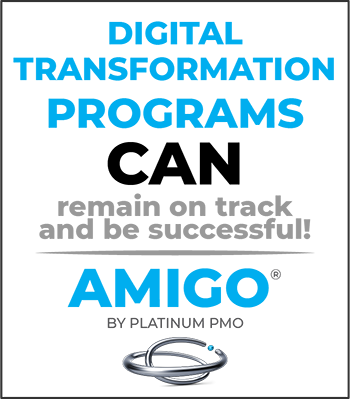